Another ANZAC Day comes and goes and once again a nation walks the conceptual tightrope of celebrating the sacrifice of our veterans, without glorifying or justifying the wars they fought in. It’s a tricky dance that we grapple with every year to differing degrees of success, but it’s one I’ve written about several times already – time to look a different side of this day.

So a few days after the event (hopefully enough space that the incredibly touchy patriotism of the day will have petered out a bit) now is the time to bring up a conversation we all really need to have: what the hell is going on with the RSL.

Simmer down goddammit, I haven’t even criticised anything yet.

The Returned Services League or RSL is a massive institution in Australia, to the point where they’ve become part of the cultural landscape that you never really think about – much like train stations, roads and people getting blind on public holidays. It’s just a think that’s always been there.

But as the name implies, RSLs serve an extremely important purpose in society. Formed in 1916 after the first world war, the League was designed to provide returning soldiers with support to help them deal with their experiences and reintegrate back into civilian life – “to continue to provide the camaraderie, concern, and mateship shown among diggers during the conflict” as the League itself puts it. Given the poor understanding of post-traumatic-stress-disorder or psychology in general at the time, this was an exceptional idea that no doubt saved thousands of lives and massively improved the quality of life for many many more, including the families and friends of returned servicemen. Seriously, consider the implications of returning approximately 350,000 veterans, almost half of them wounded, fresh from likely the most horrific war in human history, and dumping them directly back into civilian life without psychological care or support services. The results could have been flat-out catastrophic, so it is to the RSL’s enormous credit that things never got that bad.

Since then the League has evolved from a social support club into a modern support organisation, offering care, financial assistance and advocacy to returned veterans, along with commemorative services that help all Australians remember the Fallen. Have a quick read of the most recent annual report and it’s pretty clear that the RSL is an extremely important and highly valuable Australian Institution.

All of which makes the following all the more obscene:

In case you’re not familiar somehow, those are pokies/slot machines and they’re nearly as much a feature of RSLs as RSLs are of Australian society. Virtually every RSL venue you ever see will have a big honking ‘Tatts’ sign on the side of it, to the point where an RSL without pokies is actually kinda weird. In fact it’s so common that most of the Australians reading this right now are probably wondering where I’m going with this.

So let me break it down for you here; the RSL is an institution design to support those who have sacrificed and suffered on behalf of their nation, often at the detriment of the mental health. Regardless of whether the wars they fought in were justifiable or not, the sacrifice and suffering are not up for debate and should be respected. Even if you question whether those soldiers were ethically complicit in unjust wars they may have fought in, the even more fundamental fact remains that they have suffered and society is better off with them receiving support than not. Either way, we have a group of very vulnerable people here that need and deserve the support the RSL offers them.

Is it not then just a little bit strange that this same institution, designed to support this vulnerable group, is almost synonymous with gambling? Ie. An addictive practice deliberately designed to drain its users of their resources?

Seriously, consider that for a moment. The same institution that is specifically designed to help a vulnerable group is also deliberately giving that group access to an activity that is ethically questionable at best, and closer to outright exploitative in practice.

I’m saving a complete Ethics Of Gambling for later in the year, but for the moment I’m just going to point out that gambling is both indefensibly idiotic and dangerously addictive according to the research available. Yeah I’m sure you and or someone you know has beaten the house and totally ‘knows what they’re doing’ but all that amounts to is special pleading, likely with a massive dose of confirmation bias thrown in. The mere fact that gambling companies exist proves that, regardless of the occasional exception, gambling to win is both self-destructive and unbelievably irrational. Throw in the aforementioned proven-by-research addictive property and you’ve got a business about as ethical as selling crack.

There are several objection to this line of reasoning that I’m sure several people are furiously typing in the comments already, so let’s save them the trouble and address them head on:

Obviously gambling is legal and efforts to ban it have generally gone about as well as banning alcohol did. However that’s not really a defence here, since the law has nothing to do with ethics; law is a minimum standard of behaviour, ethics is what we should do. Yes of course RSLs can host gambling, but that has nothing to do with whether they should or not. 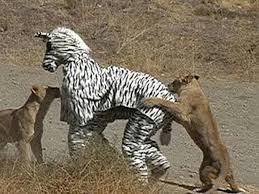 There’s no shortage of legal things out there that are really, REALLY stupid.

It’s also completely true that RSLs are hardly unique in offering gambling – there are a number of sizable casinos all over this country that are completely dedicated to it and several hundred thousand seedy pubs doing the same. But as long-time readers will know, Ethical Responsibility is Indivisible, meaning that the actions of others are meaningless when it comes to determining our own responsibility in a situation – all that matters is what our capacity to intervene in the situation is. To put it simply, just because others behave badly does not give us license to do the same, and even if it did there’s a bit of a difference between a pub offering pokies compared to an institution for vulnerable people, right? Selling crack is bad enough – deliberately marketing it to suicidal teens is a whole new level of fuckery.

Finally there’s the argument that RSLs need the revenue that the pokies bring in to provide the otherwise excellent services they offer. Unlike the other two, this argument holds some decent weight – quality services are not free to provide, and tend to decrease in quality to less resources available. And if it’s a choice between banning gambling at RSLs and the services they offer then we have a very tricky question on our hands indeed.

This is where the ethical concept of Principle versus Practical comes into play; on the one hand you have the very clear principle that exploiting the vulnerable via an addictive scam is wrong, and on the other you have the practical fact that said scam funds extremely valuable services to the vulnerable. The Principle vs Practical tools breaks this apparent conflict by demanding that both are taken into account – we need to take the current reality into account in the course of moving to a new approach. In the case of gambling at RSLs this is pretty simple; they need to find new funding models.

That’s obviously easier said than done and will take a bit of work, but given the massive (and frankly, kinda bloated) esteem the whole ANZAC mythos is given in Australia, surely that shouldn’t be too difficult? It’s the mother of all emotive causes. Demand government funding, invest in alternative business ventures, run public drives, whatever does the job, because when the alternative is milking the very people you claim to be supporting in order to support them, then something needs to change. Promptly.