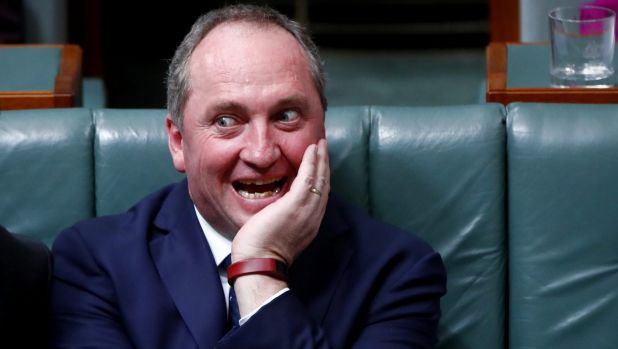 Bloody hell. You take 2 months off, finally escaping politics for a while, and get back home only to discover the Deputy Prime Minister of your country has managed to set his life on fire.

Barnaby Joyce, leader of the National Party, Deputy Prime Minister of the current Australian government, and stalwart defender of ‘traditional Australia values’ (whatever the hell those are), has been caught having an affair.

Naturally the media had a field day with this, having a great time raking through Joyce’s personal muck, but if that was all there was to it this story would barely last a week in the press, much less be worth of an ethical analysis. But there are two factors that make this particular case unique and incredibly ethically potent.

The first is the fact that Joyce has been the tip of the spear for much of this government’s massively socially conservative agenda, playing the ‘traditional family values’ card as a basis for quite a few fairly aggressive policies. The most obvious of these was the non-binding public plebiscite on gay marriage last year, which I’ve written about in some detail here. 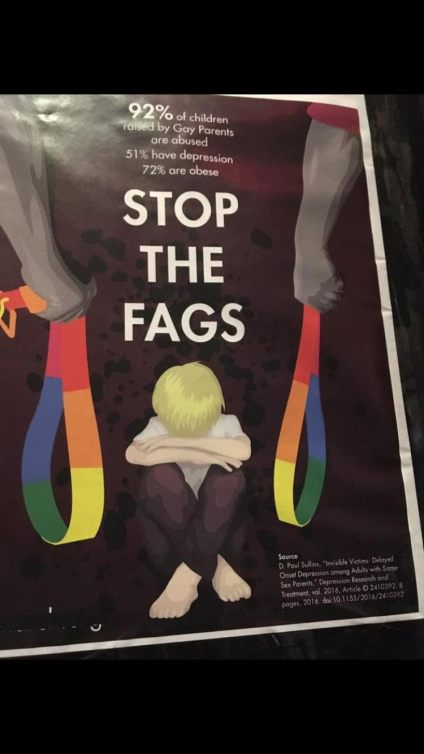 Ie. The ‘Should we recognise the human rights of some citizens or not?’ plebicite, or alternatively ‘This is your last chance to bash the gays, fellas, so get to it’

The other, less well publicised policy being the use of automated debt collection systems to pursue welfare recipients who owed the government money for a variety of reasons – a cost saving initiative that so badly implemented that it incorrectly issued massive fines (including the threat of a legal proceedings) to thousands of former welfare recipients, terrifying many and directly leading to at least one suicide.

Both of the policies were positioned as ‘tough but fair’, with the anti-gay marriage plebiscite being positioned as ‘defending traditional values’, and the robo-debt collection being a simple matter of making sure the ‘bludgers’ weren’t ripping off the Australian people by claiming more welfare than they were due.

What do these fairly standard conservative political stances have to do with Barnaby’s recent marital indiscretions? Well there’s the obvious irony of denying gay couples the right to marriage on the basis of ‘defending traditional values’, while simultaneously and enthusiastically violating those values himself. And then there’s the extra added juicy detail that the man who so ardently opposed and pursued ‘bludgers’, was himself suckling off the government teat to find his mistress a cushy government job, and upgraded security for an apartment she was staying in. An apartment which was ‘borrowed’ for free off a friendly, in-no-way-going-to-expect-favours-for-this millionaire he just happened to know.

Now this in itself is enough to call Joyce a hypocrite – something virtually the entire left wing has been taking immense pleasure in for the last week or two – but it’s not really enough in itself to be ethically relevant. After all aren’t we all hypocrites to some degree or another? To fail in one’s virtue is to be human, and as this blog is constantly preaching, we should aim to improve rather than simply be perfect.

Moreover, being a hypocrite does not necessarily make you wrong – just because you failed to live up to your principles doesn’t mean the principles suck, just that you do. So Joyce’s – ahem – enthusiastic violation of his own stated values may make a case for him to reform, but doesn’t necessarily mean those value themselves are less valid.

No! Our assessment of whether a value holds merit must be objective, drawing off evidence to see what sort of consequences those values lead to.

It’s a tough standard to meet, but fortunately Joyce has done us all a favour by providing yet another case study of ‘traditional values’ politicians and community leaders who enthusiastically violate those values the second they’re behind closed doors. And while you could rule this out as a ‘few bad apples’, when the very leaders of conservative movements don’t seem even vaguely interested in upholding those values in their own lives, we have plenty of room to question the merit of those value as guides for our own behaviour – much less as standards to hold others to. 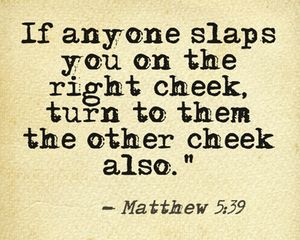 So Joyce is a hypocrite whose actions bring the validity of his political values into pretty serious question. Yeah that’s enough to make his private indiscretions worthy of public scrutiny, but it’s still fairly minor compared to the bigger question at play here: rampant and shameless abuse of power.

Ever since this story broke there has been quite a bit of noise made in defence of Joyce along the lines that his right to privacy is being trampled. And even accounting for the afore-mentioned public-policy-relevant-hypocrisy, this is a pretty valid complaint. After all it’s not just Joyce who’s being thrown to the wolves here, whose right to privacy you could at least argue is a justifiable casualty given his powerful position – it’s his entire family and extended social circle who are having a highly upsetting and embarrassing period of their lives dragged into the public eye as well, not to mention the mistress who has had her photo published in newspapers at least once, effectively ruining her reputation for the foreseeable future.

And while this is all pretty horrible and destructive, it strikes me as kind of amazing that such a big deal has been made out of the media’s impact on Joyce by talking about his dealings – when meanwhile Joyce has been quite literally inflicting direct and practical harm upon Australian citizens, undermining the legitimacy of the entire political process itself.

I’ve written extensively about the checks and balances (or lack thereof) in place to ensure Members of Parliament are held accountable for how their use the vast power granted to them by the Australian public. And while these mechanisms are pretty patchy, and the occasional scandalous misuse does crop up from time to time, it’s rare to see such a blatant, and outright contemptuous incident of corruption such as this. Remember before how I mentioned that Joyce used his position to secure his mistress a number of cushy jobs in various government departments? How was it possible to do this, considering how it’s pretty much the textbook definition of cronyism and violates even the meagre rules binding MPs? Simple! He just made it clear that his mistress wasn’t his partner and so no conflict of interest existed. While she was living with him. And pregnant to him.

Now, under the definition used by the federal welfare system that Joyce was so gung-ho about cracking down on earlier, there is no doubt whatsoever that this arrangement would qualify her as a ‘partner’. But funnily enough the second-most-powerful individual in the nation was able to find a way to change this definition to fit his needs.

In other words, Joyce not only used his position to engage in exactly the same sort of ‘bludging’ he literally ruined lives to stomp out on a vastly smaller scale among the nation’s poorest citizens, he actively undermined the legitimacy of our parliamentary system to do so. As usual, I have no idea what exact values people have in mind when they talk about ‘traditional family/Australian values’, but I’m pretty sure decreasing the stability and trust in one of our oldest institutions doesn’t fucking well qualify as a win.

So all in all, not only is the public scrutiny of Joyce completely justified given the sheer depth of the corruption on display, it actually doesn’t go far enough as far as I’m concerned. There has been far too much focus on the ‘scandalous affair’ component of the story, with all its not-so-subtle slut shaming and muck raking, and far too little on the way that this colossal scumbag demonstrated to the nation not just how poor a leader he makes, nor even just the brittleness of his entire political philosophy, but the sheer extent of the corruption that our politicians can engage in, for years, totally without consequence unless someone catches them at it. And while it may be tempting to say that he’s now met consequences once his indiscretions were discovered, take note that the only way this bastard can actually be removed as an MP is if he chooses to step down, and even worse, that the loopholes in government regulations that made it possible for him to do this shady shit in the first place aren’t being fixed, or even talked about being fixed.

There is no other job in this country where this level of corruption wouldn’t result in immediate termination, and almost certainly criminal charges. So why is it then that the most powerful positions in this country, which also happen to derive their power exclusively from the people they are meant to represent, are not only able to act like this with near total impunity, but it’s also considered nearly normal for them to do so?

But you know what? All things considered I think we should thank Mr Joyce, because if nothing else, here we have a clear-cut case of what is quickly becoming my personal moto: Where power concentrates, trust must die.

3 thoughts on “The Ethics Of… Barnaby Joyce”