I don’t know about you, but for me this was one of those topics that I sort of became aware of by degrees; something about footballers kneeling and people being really angry about? Disrespect to the flag/military? Racial inequality, police brutality? Wait, these are all the same issue? The hell is going on here? And then you find out the full story and… well it’s still seems pretty weird to me, but at least I have the full picture now.

For those who hadn’t gotten to the point of actually bothering to look up the details on this, here’s the deal; in protest of ongoing systemic police brutality and discrimination in general against black people in the USA, a number of high-profile players in the National Football League (NFL) have been kneeling during the national anthem played before each game. 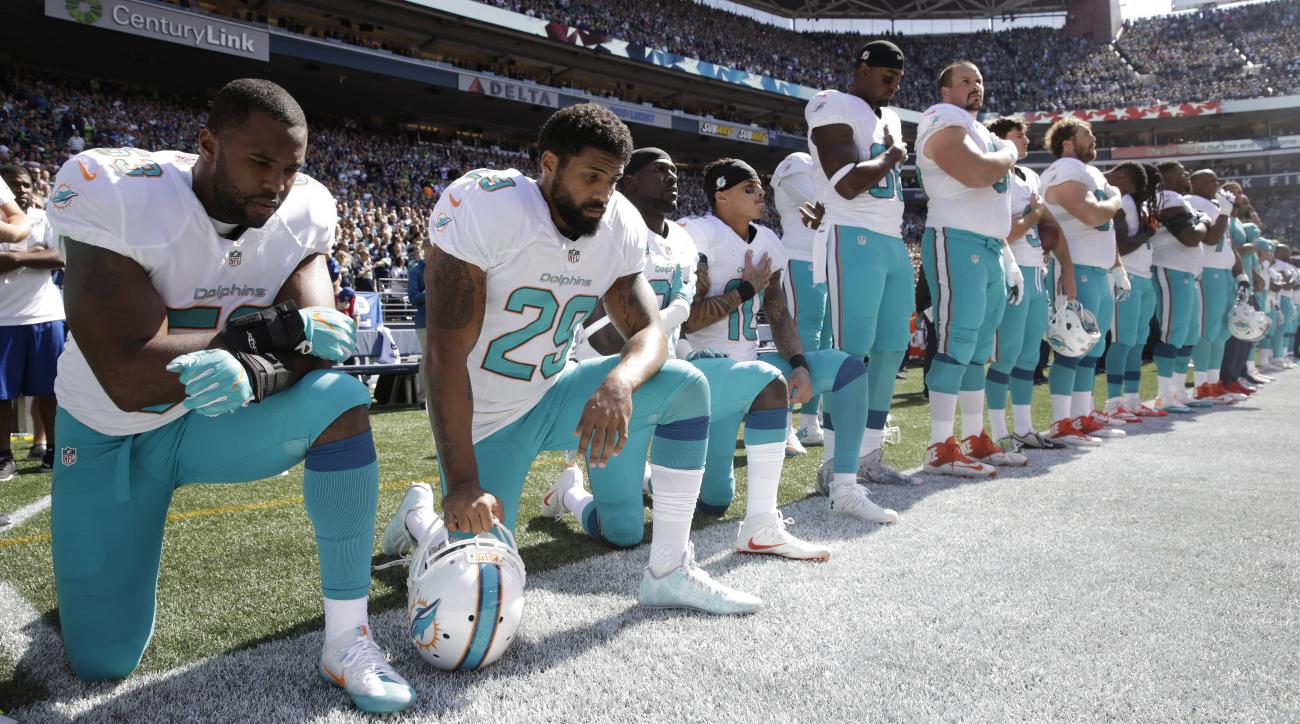 This has apparently been going on to some degree or another since 2016, but has hit the headlines recently after Trump did what Trump does and called for all protesting players to be sacked – a move which catapulted the issue into a major talking point in US politics, with the various factions taking pretty predictable stances on it.

The left-leaning side of the country are celebrating the protests and the cause they promote while defending the athletes’ right to free speech/protest, and the right-leaning side of the country have branded the protests disrespectful not only to the national anthem, but to the country, its military and its citizens by extension. Of course there’s some cross-over here and there (right-wingers standing up for free speech and left-wingers pissed at the ‘grandstanding’), but overall this issue seems to be playing out exactly how you’d expect in the Trump-era of politics – never mind the facts of the situation, pick the position that fits your ideology and get to the yelling.

Now for an Australian this whole shebang seems mighty odd for a couple of reasons. First of all, kneeling for the national anthem actually seems more respectful than standing for it. Seriously guys, this is pretty weak by protests-against-a-national-symbol standards. I mean the go-to there used to be burning a flag or disrupting a ceremony, or at least turning your back on the symbol – kneeling down as a form of protest seems utterly tame by comparison, and seeing a fair number of people going bananas about it being ‘disrespectful’ is kinda hilarious as a result.

Even Bruce Springstein took a leak on the flag back in the day. That’s actually a debate that happened, incidentally.

Of course, at the end of the day the intent of the kneeling is pretty clear, so I can get past the weirdness of people getting so angry over such a relatively minor act.

What I’m having significantly more trouble getting past is the reaction this protest is getting in general – specifically, the idea that the players are ‘disrespecting the national anthem’.

Now that reaction might seem logical enough on the face of it – the national anthem is a symbol of the nation as a whole, and therefore deliberate disrespect to it is disrespect for everything that nation represents, right? And therefore when the players disrespect the anthem they are indeed insulting everything from the US national values, its military, its public service, its constitution, its collective achievements, and the citizenry as a whole.

Considering the enormous severity and overwhelming scope of this insult, the players are wrong to do it regardless of how righteous their complaints are? I mean I’m not exactly a fan of monarchy as a concept, but I don’t go around shitting on every single Englishperson I meet because their country has one, right? In fact, considering that what’s going on here is that the protesters are effectively insulting a massive demographic of people due to an arbitrary quality they hold (US citizenship), for a problem they are mostly not in a position to do anything about (police brutality/racism), then this could actually be considered bigotry, couldn’t it? No different from suggesting that black criminals represent the black community as a whole, right?

God knows there’s nothing the right like more than the chance to call the left ‘racists’.

From this perspective it’s easy to understand why so many people are up in arms about this – sure you might have your cause that you care about, and sure, you have the right to stand up for it and protest about it, but when you do that by effectively spitting on the entire nation, you’re crossing way over the line of fairness, justice and decency.

And sure, I get that. No one likes to be insulted and insofar as the protesting players are insulting the entire nation, you could indeed make an argument for bigotry. What good news then that they are doing nothing of the sort, and this entire line of logic is a giant load of bollocks.

Only last month I wrote that symbols are both powerful and important, and controlling their meaning can be a very significant factor in controlling what ideas become popular. But the other side of that argument is the fact that the meaning of those symbols is massive, massively subjective – they mean what we believe that they mean, and literally nothing more. White supremacists can argue that milk represents their genetic superiority over other races all they like (except Ethiopians, apparently) but that doesn’t mean squat unless enough people agree with them in order for that idea to have influence in society. As such, I can enjoy a glass of milk in the morning and not feel like I’m somehow contributing towards a racist agenda, because that idea only has power when we give it power.

What does this have to do with NFL players kneeling during the national anthem? Well it’s simple; you can’t insult the anthem because the anthem is a song, and songs do not have feelings to insult. Yes it is the national anthem, and as such is much more than just a song – it’s the song of the United States of America, and as such represents the nation and should be respected, right? But here’s the point fella – if we were to all agree to change that song, or abandon the concept of an anthem completely, literally nothing would happen to the nation it represents. Because that anthem doesn’t stand for a god damn thing beyond what you personally decide that it does, and it ceases to represent those things the second you decide otherwise.

I mean if you can do this to the anthem without causing a national collapse, you can get away with anything.

When NFL players kneel during the anthem they are using it to represent the negative elements within government, society and particularly the police which enable the ongoing racism and violence against black people in the US. And when other people get angry about them doing this, they in turn are using the anthem to represent completely different things – ie. the military, US national values and other positive aspects of the nation. The net result is we end up with the two groups quibbling over whether the protest itself was fair or not, and largely ignoring the actual issue completely – seriously, how much of the coverage of this debate have you seen that actually discussed the racism the players were protesting, as opposed to the protest itself?

From an ethics perspective, all of this revolves around a pretty deep-seated problem than many communities fall for; valuing institutions over the people those institutions are mean to serve.

Looking at you, you bloody hypocrites.

The United States of America is an idea. Everything from its borders to its laws, to its constitution and its cultures are all ideas that only exist because the people within them believe in them and desire to perpetuate them. These ideas and the institutions based on them exist to serve the people that created and sustain them. If they do a good job of this then they should be celebrated. And if they do a bad job of this, then they need to be improved, or disposed of entirely in favour of something better.

But when an institution has been around for long enough and is heavily ingrained into a community, then it tends to take on a life of its own, and we find ourselves in situations like this NFL protest, where the institutions no longer serve the people but rather the people are being expected to serve the institution itself. Not only is that completely stupid – since you’re effectively compromising the objective needs of human beings for the completely subjective value of a symbol – it’s also remarkably dangerous, since we’ve now strayed hard into a situation where people are being expected to change their behaviour based entirely on a set of values, regardless whether those values actually work well or not.

And thus we get a situation where people are more concerned about showing respect to a fucking song than they are about their law enforcement agencies openly murdering citizens. Or to use another recent example, being less interested in preventing frequent mass-murders than they are in venerating half of one specific amendment made to a 200-year-old set of rules.

Are we beginning to see the problem here? 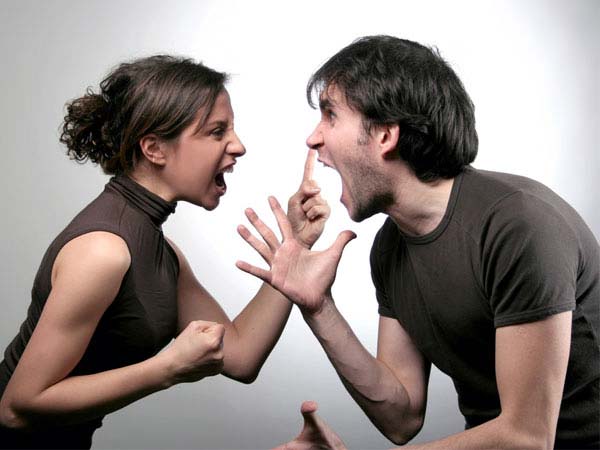 Am I dismissing the feelings of those who find the NFL protests offensive and insulting? No. I’ve written on here at some length that attacking the beliefs of others is a remarkably ineffective method of changing behaviour, regardless of the merit of your arguments. But none of that changes the fact that any efforts to respect or even uphold institutions like the flag, the government, the constitution, religion, law, marriage, tradition, ideology, culture or literally anything at the expense of real human beings, is about as unethical as unethical gets.

You want to have a debate about the objective consequences of the NFL players’ protests, great. You want to talk about the legitimacy of their claims, let’s do it. You want to argue the effectiveness of their methods, awesome. But you come to me with concerns about their respect for a fucking symbol and you’ll learn in short order how empty your love for that thing is.

To paraphrase Banksey; People who love waving flags shouldn’t be trusted with them.

How feeble is your belief in your country that burning a symbol could shake it? This act should mean nothing to you.

Unless of course, they actually have a point.

2 thoughts on “The Ethics Of… Kneeling During the National Anthem”