As far as ethics go, you can’t get a lot more simple than evil. I mean it’s evil, right? You might know it from such hits as ‘Good versus Evil’, or the plot of about 80% of stories ever written. It is, in other words, kind of a big deal when it comes to how we think about the world.

Do good, don’t do evil. Celebrate good, denounce evil. Protect good, fight evil. It doesn’t get a lot simpler than this, which – if you’ve ever read any of the other articles on this site – should be a pretty big tip off that I’m not a big fan of the idea.

And I’m hardly alone; nearly everyone tends to avoid throwing around terms like ‘evil’ simply because of how clichéd and simplistic it sounds. Evil conjures up images of a guy with big pointy horns trying to con people into signing sneaky contracts (a concept that even most religions tend to think of as a bit cartoonish these days) and while we might find a lot of things in this world extremely unethical or just simply wrong, calling them ‘evil’ just sounds a bit… silly.

But there are exceptions to this rule. Oh my, there are definitely exceptions – actions, ideas and people so incredibly vile, so very extreme in the harm they cause and foulness of their values that we describe them as evil without hesitation.

On a grand scale, Hitler and the Nazis are the prime example. Yes, I’m aware I just pulled a Godwin’s Law on this article, but the fact that Godwin’s Law exists is a reflection of how perfect a stereotype of evil the Nazis were; overwhelming bigoted hatred, organised into the cold, systematic slaughter of innocents without even the excuse of anger or passion to defend it – it doesn’t get a lot worse than that.

On a smaller scale we hear of monsters every day; children abused by those who should have protected them, women locked in basements and tortured for 20 years, civilians blown up and children kidnapped for idiotic political goals, and even the comparatively run-of-the-mill rape. Who would hesitate to call the perpetrators of such acts evil?

Well that depends rather a lot on what you mean by ‘evil’.

If we define evil as just actions that are particularly unethical then that’s all well and good – it’s just another adjective. And while I have been known to be pissy enough to even have a shot at Christmas, I’m yet to stoop to criticising individual words. 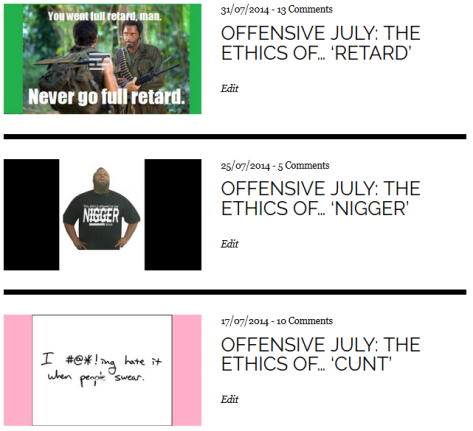 Yeah so that was a complete and total lie

But that’s not all we mean when we call something evil, is it? To bust out that word we need something truly exceptional, something inexcusable, unexplainable – an act or person so terrible and beyond redemption that they can only be described as intrinsically bad, right down to their very core.

How else could a human being do such terrible things? Hurt someone deliberately and continuously, fully aware of the harm they were committing, yet choosing not to stop and even going on to do it all over again to another victim. For any normal person – even people we’d usually consider ‘bad’ – basic empathy should have made such extreme acts impossible. How else can we explain this profound wrongness without evil?

But as soon as we start to give the concept a meaning beyond a mere descriptive word, we start to run into problems.

Here’s a question for you: What is the point of being evil? Why do these people act in the ways that they do? Now sure, you can argue that ‘they don’t need a reason’ but I’m not talking about psychology here, I’m talking about causality; for every action there MUST be a reaction, and for every action there must also be a cause. Just because someone is utterly insane does not mean that they are allowed to transcend the laws of physics.

So the question stands; why be evil?

Well there’s plenty of reasons isn’t there? Greed, power, hatred, lust, fame (or infamy), psychosis, whatever – it shouldn’t be too surprising that evil means seek to achieve evil ends.

But go a level deeper and things start to get… odd. Odd and a little disturbing.

So a person is evil because they are greedy. But why is a person greedy? So they can buy whatever they want. And why would they want to do that? The same reason anyone wants to buy more stuff… to improve their quality of life. To make themselves happier.

Look deep enough at any person’s motive for a bad or evil act and the result will always be the same; terrible methods of achieving provably positive results. Even something as perverse as rape fits this rule; why does a person rape another? For sexual gratification and especially for the power it gives them. But is there anything wrong with seeking sexual pleasure and personal power in life? No there is not – it is only the means used to achieve these ends here that are all sorts of awful.

Even someone who legitimately enjoys the suffering of others, who find their pain a massive turn-on, is still doing it to achieve something positive – specifically the physical and psychological pleasure it brings them, both of which are totally provable chemical realities.

This harks back to point that came up in our discussion about crime and punishment; no one ever think that they’re the bad guy. And even when they do think they are the bad guy, it’s because they think that ‘bad’ is a good thing to be.

Sure, he might be a borken husk of a man, desperately struggling to retain his sanity, but he looks so cool

“I’m a badass!”, or “Don’t mess with me, I’ll kick your head in!”, or “I want to watch you suffer” – all fairly standard, fairly dull examples of people boasting how ‘bad’ they are, how much they want to do ‘bad’ things and be thought of as ‘bad people’. But if you want to be these things, then you are basically arguing that they are better than the alternatives, probably because they get you what you want and make you feel how you want to feel. And since choosing the best alternative is pretty much a rough definition of ethics, then once again we’re doing stupid stuff in a broken attempt to achieve good ends.

Think again about the question I asked; what is the point in being evil? If you enjoyed nothing about committing evil acts, got no enjoyment, no satisfaction, no power or money from it, then what would be the point of being evil purely for the sake of being evil? If you go out and hurt people, destroy their property, kick their dogs, lie to your friends and don’t enjoy doing any of it, the only thing you have to look forward to is being hunted down by everyone else and having the crap kicked out of you (or thrown in prison if we’re in a good mood).

It should be obvious of course that none of this in any way excuses evil behaviour. It’s all very well to say that maybe the Nazis got a legitimate kick out of the holocaust, but that hardly excuses it, does it? What it does do however, is explain it.

And just when you didn’t think it was possible, the entire discussion gets messier because once you start to move past simple concepts like ‘evil’ and start look at its causes, it turns out that evil people are still just people. People like you and me. People who could have been like you or me in other circumstances. And worst of all, people we could have been like if things had been just a little different.

The concept of ‘evil’ is a powerful one, not just because it helps us explain the most terrible things in life, but because it also allows us to distance ourselves from them. It allows us to ignore the things we have in common with evil people and the fact that we as a society may have, through action or inaction, created the monster that now plagues us.

The majority of people we would describe as evil are either mentally impaired (implying they did not have access to sufficient diagnosis and treatment) or a product of their society (Hitler could not have come to power without the overwhelming support of his nation). And given that we have found that under every evil action is a severely broken attempt at positive ends, then we are forced to accept that what unites every terrible person out there is either really bad decision making skills, or a severely warped perception of reality.

Just a quick reminder that the Australian government is still running detention camps for refugees. As a deterrent for other refugees.

Education solves one of these problems and easily accessible psychological treatment the other – and in a year in which the Australian Government has made it far harder to access both of these services, how can we as a society excuse ourselves from responsibility for the monsters that might emerge in years to come?

Evil is not some mysterious concept that exists in its own right.

If we define it as acts that cause extreme suffering or acts that are particularly unethical then it’s just a word – hardy worth our time.

If we define it as acts caused by, or contributing to some sort of pointy-horned supernatural force then why does every evil act have its roots in goals we’d otherwise call good?

If we define it as someone who thinks what they are doing is the right thing (genuinely, through self-dillusion, or due to mental illness) then the only thing differentiating it from any other unethical act is the seriousness – bringing us right back to adjective town.

And if we define it as individuals who are ‘beyond redemption’ – such as those that know what they are doing is wrong and do it anyway – then we are simplifying both the psychology of those individuals terribly, and ignoring the circumstances that lead to their current state – both major crimes of reasoning.

Like it or not, there is no reasonable space in which ‘evil’ can exist. At best an over-simplification of a complex situation to make ourselves feel better about the darker things in life. At worst, ‘evil’ a deliberate attempt to de-humanise those it’s more convenient not to consider human – a way for us to ignore the truth that, no matter how dark and terrible a thing may be, ignorance is always where it sprung from.

It is only when we truly understand the nature of the dark, that the darkness can lose its fear for us. 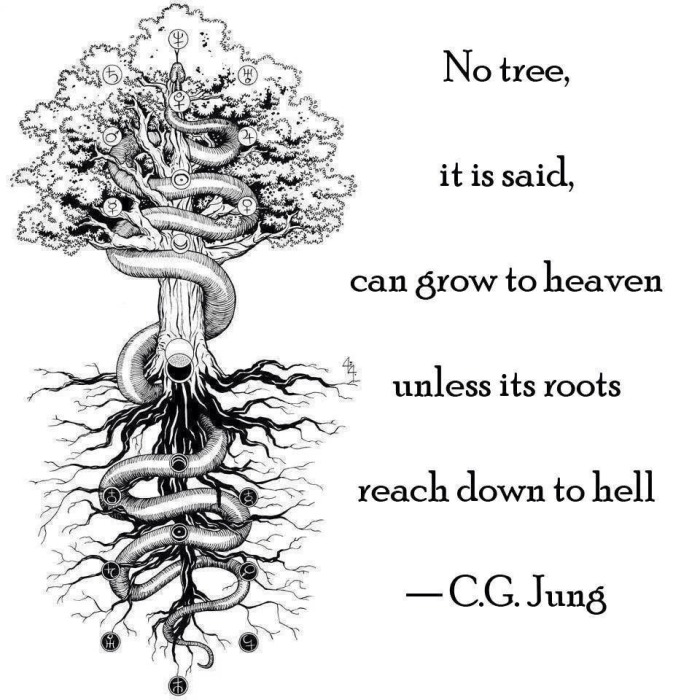 4 thoughts on “The Ethics Of… EVIL”