Kimberly Noel Kardashian, born 21 October 1980, American television and social media personality, socialite, and model. Daughter of O. J. Simpson’s defence lawyer during his notorious murder trial, Kim became famous through her friendship with socialite Paris Hilton, sweeping to widespread fame after a sex tape featuring her and her partner at the time was leaked in 2007. Following this, Kim and her family featured in reality series Keeping Up with the Kardashians and its numerous spinoffs, with Kim garnering further attention through her extremely brief marriage to basketball player Kris Humphries, and subsequent marriage to Kanye West. Kim is also involved in the retail and fashion industries, having launched several clothing collections and fragrances and additionally released the book Kardashian Konfidential in 2010.

All in all, Kim Kardashian is a modern day success story – and I absolutely, totally hate her.

Don’t mistake me here; this isn’t just a matter of me being disinterested in her, or even finding her and the TV shows she stars in boring, vapid and self-indulgent to the extreme (though that’s definitely true as well). No, I loath this woman on a truly instinctual level. The mere sight of her face or mention of her name is enough to spike my blood pressure, and start me on a slow boil of furious self-righteousness about just how much I find her continued existence revolting, how she symbolises everything I hate about society, and the slow decline of western civilisation as a whole.

I’m hardly alone in this reaction, as evidenced by the fact that most of the people reading this article probably came here to watch me rip on Kardashian for giggles. Kim and her family don’t exactly make it hard either; here we have a person who’s fame begins with being born into wealth, spiked after the ‘leak’ of a sex tape (excuse my cynicism about it being a leak; this is a friend of Paris Hilton we’re talking about here, who got famous on the exact same basis), and was solidified thanks to the entertainment-cancer that is reality TV. This is a woman so thoroughly botoxed and (allegedly) plastic surgeried that’s she’s effectively a billboard for the ‘cosmetic enhancement’ industry. A person that in all likelihood staged an entire wedding to get media attention, remarried a notorious attention whore, and named their subsequent baby ‘North West’. And to top it all off, everything she does reeks of vapid brainlessness. Don’t believe me? Well here’s renowned actress Bette Midler singing some of Kim’s most bimbo tweets for your entertainment:

And she still made time for this.

So easy is it to mock Kim and Co that it’s actually questionable how much of her fame is derived purely from people making fun of her. It doesn’t matter whether you’re the perennial fuckhead celebrity stalker Perez Hilton, a serious hard-core feminist blogger, or the freaking President of the United States, or just some random idiot-with-an-opinion like myself, one thing is clear – we can’t stop talking about Kim Kardashian. Naturally, this just pisses me off even more.

But recently I realised something quite disturbing about all of this: Kim has done absolutely nothing wrong.

Once the thought occurred to me I simply couldn’t shake it, and to say that it caused me a bit of cognitive dissonance is a hell of an understatement.

But given this blog is pretty much dedicated to causing that sort of confusion for others, I couldn’t really ignore it when I realised one of my own deeply held beliefs simply doesn’t hold up to the facts.

Seriously, if you found yourself enjoying that little rant I start with up there, nodding along to the tirade and generally joining in with the hate parade, ask yourself; why do we all hate this woman so effortlessly? What has she ever done to actually deserve it?

Sure she was married into wealth and all the perks that comes with, but so what? Plenty of loved celebrities had the same things going for them, and what does it matter anyway? Compared to about 80% of the world’s population, every Australian was born into wealth and we don’t feel too guilty about it.

She came to fame via a very conveniently leaked sex tape, but since I’ve just spent the last 5 weeks on the topic of sex and why there’s nothing wrong with it, it would be ever so slightly hypocritical for me to have a problem with that, wouldn’t it? In fact, if you want to take a feminist approach to this, Kim is a stellar example – a woman who, rather than having her career damaged by a ‘sex scandal’, actually embraced her sexuality and built a successful career off it.

My problems with reality TV are a fair bit easier to justify, given most people who watch that simple, mindless tripe seem to do so more as a form of anaesthetic than a source of actual entertainment. But as much as I hate the medium, what does that have to do with Kim? It’s the viewers that make media popular and profitable – if I could find a way to be paid $6 million a year for doing literally nothing I wasn’t already doing, I’m pretty sure I wouldn’t pass up the offer.

And yeah, she’s likely plastic surgeried up to the eyeballs, all her actual work involves an industry I have a very justifiable reason for hating, and 90% of what comes out of her mouth makes me drop a couple of IQ points in self-defensive, but you know what? None of that really qualifies as unethical behaviour!

Sure, I may find it a repulsive set of life choices, but since I am not and never will be directly affected by anything Kim Kardashian does, that’s really none of my business. Sure, aspects of her lifestyle may occasionally float into my awareness, but if we get right down to it my exposure to Kim is virtually non-existent – I don’t watch her TV shows, I don’t read her books, I avoid entertainment that involves her like the plague, and I largely don’t associate with anyone who is into the Kardashians (or at least, they all know not to bring it up around me).

That isn’t to say that she’s never done anything beyond reproach; the aforementioned forays into my nemesis, the fashion industry comes to mind, as does her whole almost-certainly-staged wedding to Kris Humphries that dicked people around essentially for attention and cash. But given the very evil of fashion is its ability to make people think that personal preferences are objective fact, it’s hard to blame anyone (let alone a socialite) for getting involved. And since the only people she dicked around with the whole wedding shenanigans were the paparazzi and the readers of gossip magazines, that’s practically a community service right there! 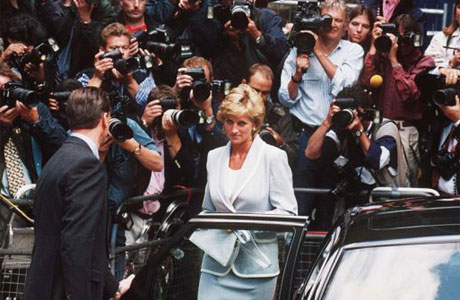 Remember the time the paparazzi hounded Princess Di into a car accident? And then everyone bought gossip mags commemorating her death? And no one noticed the irony?

So the question has to be asked then; why do we hate Kim Kardashian so very, very, VERY much? If the things we hate about her – being famous for a sex tape, staying famous by being famous, and generally being vapid – aren’t actually unethical and don’t affect us in really any way, then how is it that we have cultivated such a deep loathing of her?

I can’t answer this question for anyone else except myself, but ultimately I think the answer is pretty simple: because she’s successful.

That’s not to say that this is just jealousy speaking – I was pretty clear above that I find her personal life choices nauseating, so having to participate in them would be a nightmare come to life for me. No, what I find so infuriating about Kim Kardashian’s success is that it was possible. I don’t care if she’s dim, or that she made a sex tape, or that she was in reality TV, or even that her greased-up arse was all over the internet for a few weeks there. What I hate is the fact that our society, media and culture looked at this empty, talentless, pointless crap and thought: “This is FANTASTIC”.

Imagine how your computer feels…

Remember last week how I asked if a person should be held responsible for something they just watched? Whether it was really reasonable to hold someone accountable for something they didn’t actually do, but simply spectated? Well the answer is yes, they definitely should be. Why? Because of the basic economic principles of supply and demand – if people want it and are willing to pay for it, demand will inevitably increase to meet that supply. As far as economics goes, it doesn’t get a lot simpler than this and it dumps the responsibility for the bubble-headed idiocy we see all over our culture right back into the laps of you and me; the viewing, paying public.

Granted, this sort of thing tends to operate as a bit of a feedback loop – in that what we want is influenced by what we are already getting, and what we get is in turn influenced by what we want – but at the end of the day this doesn’t change the fact that your ethical responsibilities start and end with one person: you. What you watch, what you buy, and even what you simply accept inevitably creates demand that can and will be filled by people out to find fame and fortune. And if you watch, buy or simply accept brainless, vapid, empty tripe, then guess what sunshine? You’ll get exactly what you ask for.

Kim Kardashian, along with every other person out there that is famous for no reason (or worse, for being a self-destructive moron who glorifies violence against themselves and others), are just people who successfully understood what the public wanted and gave it to them. Indeed, in Kim’s case she leveraged the public’s initial interest in her sex tape to build a multi-faceted and enduring career that continues to this day and has effectively set her up for life. And unlike half the captains of industry we’re so happy to praise, she did it without ever hurting anyone.

The next time some air-head celebrity, manufactured pop-star or loud-mouth twit strays into your space, it’s worth asking the question: who’s really to blame for this shite? The dumbarse successfully making a career off demand? Or the people creating the demand for dumbarses?

2 thoughts on “The Ethics Of… Kim Kardashian”