Gather round and let me lay some wisdom down for you right here:

“All great movements are popular movements. They are the volcanic eruptions of human passions and emotions, stirred into activity by the ruthless Goddess of Distress or by the torch of the spoken word cast into the midst of the people.” – Mahatma Gandhi

“The hostility that America continues to express against the Muslim people has given rise to feelings of animosity on the part of Muslims against America and against the West in general.” – Malcom X

“If I don’t feel confident about my body, I’m not going to sit at home and feel sorry for myself and not do something about it. It’s all about taking action and not being lazy. So you do the work, whether it’s fitness or whatever. It’s about getting up, motivating yourself and just doing it.” – Ronda Rousey

Ronda Rousey (left), “Just doing it” in case anyone was wondering what that referred to.

Powerful, inspiring words, amiright? A tad controversial maybe, but definitely some solid ideas expressed by some of the greatest heroes of our time. Gandhi inspired an entire nation to free itself from occupation, Malcolm X railed against racism and bigotry in segregation America, and Ronda has inspired millions of women to challenge ideas of women can and cannot do. All three embody in their own way the true meaning of a hero; an individual that rises above the humdrum of daily life, excels in their chosen field and shows us all just how great we can be if we truly strive for what we want in life.

No matter who you are or what you’re interests everyone has their own idols to look up to. Great sportspeople, political and community leaders, famous performers or musicians, or maybe just your own parents, they all share something in common – they stand out like beacons of what we find beautiful, true and glorious in this world, and serve to guide us in our own journey towards these qualities.

And then they go and cock it all up. 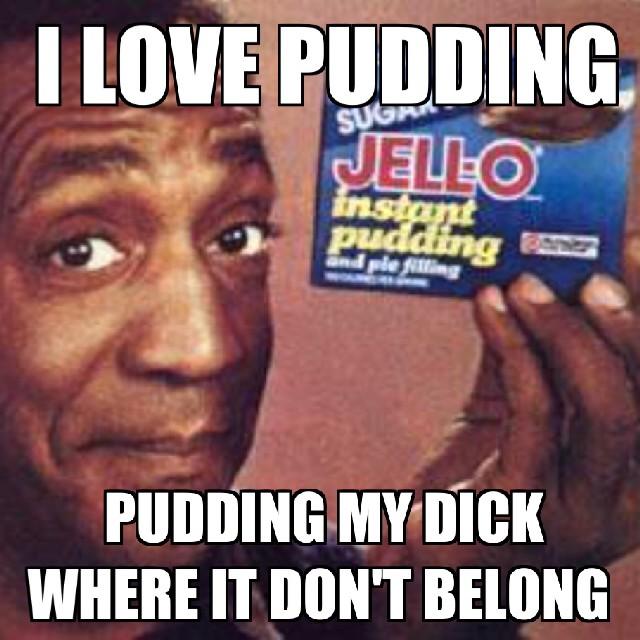 Someone on Cosby’s PR team thought it would be a good idea to start ‘Cosby memes’. In the middle of the rape accusations. The results were… amazing.

Remember when Bill Cosby was considered an authority on family values? He wrote two books about it for crying out loud. Or when Barak Obama ran on a platform of ‘Hope’, and ended his second term with a vast fleet of kill-droids and the NSA making 1984 look naive? What about Steve Jobs, the visionary behind Apple’s success who turned out to be an utter prick, knowingly employing sweatshop child-labour to build his vastly overpriced, frequently stolen technology?

For us Australians, former AFL footballer Jason Hird is a strong contender for furthest fallen icon – from ‘legend of the game’ to ‘unrepentant drug-pushing cheat’ inside a year. Peter Garret, once a powerful voice for indigenous issues, environmentalism and workers’ rights (and one of my personal heroes back in the day), not only decided to jump ship to the enemy, but did it so badly that his political career was practically over before he even got elected. Even the beloved and quintessentially Australian cartoonist Leunig isn’t immune – turns out he’s big into the anti-vaccination movement and isn’t afraid to push it on a national stage.

Leunig here managing the rare feat of both pulling a Strawman, and still making it look superior to his own argument.

If heroes are the beacons that are meant to show us how great things can be, then what are we all meant to think when they not only totally fail at that job, but turn out to be villains all along? No surprise that we get so angry when inspiring sporting legends like Lance Armstrong turn out to be long-time drug cheats, political idols turn out to be massive hypocrites or simply blatant liars, when adored movie stars like Mel Gibson turn out to be hateful bigots (or worse, cult nutjobs like Tom Cruise), and social justice advocates turn out to be self-deluded crazy people. It’s not just that these former idols have let themselves down – they’ve taken hold of the trust we put in them and dragged us all through the mud by it.

If even great people like these can be fallible, corrupt and evil, then how can we really believe in anything?

Ok, let’s put the melodrama on hold for a second and try something interesting. Remember those three wise quotes I started this article with? The ones from Gandhi, Malcolm X and Ronda Rousey. Well I have an admission to make; they never said those words. Nope those insightful little nuggets in fact come from Adolph Hitler, Osama Bin Laden and Kim Kardashian, respectively. That’s right, you were just inspired by three of history’s greatest monsters, and all it took was for their words to come out of someone else’s mouth for you to buy in.

This cuts both ways for that matter. Here’s another three quotes to try on for size:

Pretty messed up stuff, right? Well guess who said these three tiny little soundbites of stupidity? You guessed it: Gandhi, Malcolm X and Ronda Rousey. For real this time. Ronda ‘I’m not entirely clear on how the law works’ Rousey.

At this point you might be wondering what exactly the point of my little ruse was. Am I trying to point out that Gandhi, Malcolm X and Rousey were/are actually fairly flawed people? Am I really, one page after calling them “true heroes”, trying to drag them down and ruin them for everyone who looked up to their example? And what the hell is with me trying to pass off quotes by Hitler as inspiring? Is this me playing Devil’s Advocate for giggles or something?

Try to view the points I’ve made above through the traditional viewpoint of ‘heroes’ and ‘villains’ and yes, you’re not going to get much out of it. By pointing out flaws in three otherwise excellent people that many adore, what can I hope to achieve except to upset and disillusion their followers? And by pointing out the few good points of some of society’s great villains (ok, I’m kind of reaching with Kardashian) what am I really achieving other than annoying the vast majority of readers, and confusing the odd random neo-nazi that somehow stumbled across my site?

But remember those first three quotes I listed at the start of the article under false names? Remember how you felt about the ideas they contained? And remember how your opinion of them changed, likely pretty seriously, after you found out who really said them? Why was that exactly? Why did that idea appeal coming from one person, but revolt you from another, when the idea itself never changed? It’s almost like you were judging that idea based on how much you liked the person that said it… rather than whether the idea itself made any god damn sense in the first place.

I cannot overstate how common this tendency is and just how much it annoys me. It’s seems like I can come up with the most idiotic, illogical, arse-backwards statement you can imagine, but if the right person says it then someone, somewhere will eat it right up. Logic, facts and reason be damned! If David Beckham reckons it’s worth taking out a second mortgage to buy underpants then who am I to argue! Because clearly his immense skill in one specific team sport makes him a complete authority on garment quality, fashion AND microeconomics.

Someone give that man a doctorate already.

Sure it’s a petty example, but sadly the same applies to just about anything. A renowned football star decides to suggest that ‘homosexual players should stay in closet for the good of the team’ and several thousand of his fans will not only agree with him, but ignore any and all suggestions that this might be a rather stupid approach to gender politics. Beloved actor John Travolta declares everlasting loyalty to Xenu and the cult of Scientology? You can bet your arse that brought in a few hundred new rubes devotees and softened the opinion of several thousand more. Big name musicians like Chris Brown nearly beat their partners to death, follow it up by getting a neck tattoo of a disfigured woman’s face, and his fans not only defend his behaviour but say that he can “beat me any time”. A respected physicist publically declares climate change to be a hoax and half the world loses its mind, gleefully holding up a scientist from a completely unrelated discipline to counter the overwhelming empirical evidence as if that means something. And remember a few weeks back when Presidential hopeful Donald Trump essentially described Mexican immigrants as diseased drug-dealing murderous rapists? It was like half a million bigots had just been given permission and the floodgates of bigotry opened all over the US political landscape.

Seriously, do you guys not remember the Bush years? Stop it already. You’re scaring us.

Now don’t get me wrong, I understand why we do this – what you come to know and trust a person then you are naturally more inclined to trust everything else they say. That’s how trust works; belief in others based on a long-standing pattern of proof. If you know someone is reliable then you tend to rely on them. If you know a person exaggerates than you tend to take their opinions with a grain of salt. But that’s not to say that we never challenge the ideas of people who we do trust. If the idea clashes hard enough against our own opinions and beliefs then we will naturally be a bit skeptical.

But you know what’s significantly better than either trust or skepticism? Facts, that’s what. Because unlike people, fact don’t lie, facts don’t make mistakes, and facts are not carelessly stupid.

Heroes are a wonderful thing, providing us with shining examples of excellence that we all can strive for. The fact that these icons are human and therefore flawed does should not diminish the qualities we admire in them – even cheats like Lance Armstrong can still be admired for the sheer willpower and sacrifice required to achieve what he did. But just as the flaws of our heroes cannot tarnish their virtues, so too we must beware that their virtues do not blind us to their very human flaws. And when it comes time to decide what you believe on any given issue, while it may be tempting to ask ‘What does my hero think?’, there is a much larger question you need to ask: ‘What is actually true?’. In an age where the sum total of human knowledge is literally in your pocket, it’s never been an easier question to answer.

And to illustrate just how important and tricky this question can be, here is possibly the most ironic image I have ever posted on this site: One thought on “The Ethics Of… Heroes”