Did you know that more than 66% of all terrorist acts worldwide are committed by Muslims?

Or that family violence is 80 times more common in Australian Aboriginal communities than anywhere else in the country?

How about the fact that men from Pacific Islander backgrounds are far more likely to commit violent crime than other Australians?

Or that recent studies have confirmed that women are physically weaker AND more emotional than men?

Call them whatever you want, but these facts are precisely that: facts. They are statistical truths, backed up by solid, scientifically valid research. And if you’re a lefty, social justice warrior, do-gooder type like myself, they make you very uncomfortable indeed.

Here you are, plugging away for righteous causes like ending sexism, racism and all the other ‘isms’ and then bam! Facts like these turn up and totally ruin your day. How exactly are you meant to argue that women and men are ‘equal’ when a study shows up showing that, to put it bluntly, they aren’t? How are you meant to argue that no ethnic group is better than any other when the stats show an extremely serious difference in crime rates? And why would anyone take you seriously when you argue that ‘not all Muslims are terrorists’ when they can whip out their phones, google for 5 minutes and state with total accuracy that ‘yeah, but most terrorists are Muslim’? 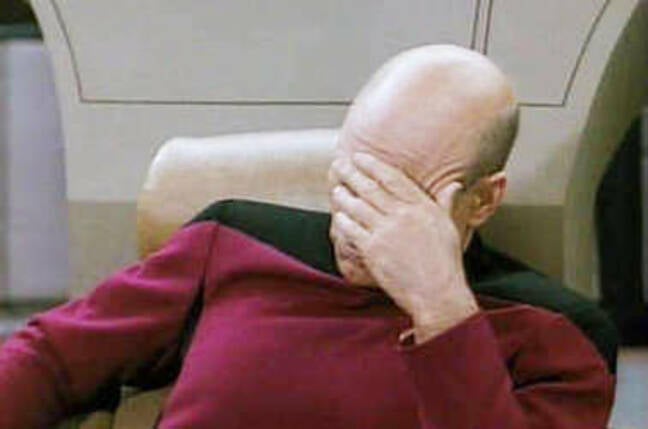 I’ve argued time and time again on this site that ethics should be considered a science, and as such must be based entirely on objective facts rather than subjective opinions and preferences. Given that, how the hell can I argue that concepts like racism and sexism are unethical when I have cold hard facts like these staring me in the face? Muslims are more likely to be terrorists, women are generally weaker and more emotional than men, and Indigenous communities are far more likely to commit family violence than white people in Australia. To ignore these facts because they don’t agree with my existing view of the world is the very definition of Confirmation Bias, and it is the very thing that ethics is designed to overcome!

Seriously, cut it out.

So, in light of this undeniable (if uncomfortable) evidence, I must have no choice but to reconsider my opposition to racism, sexism, etc, right? Well before I do, here’s another couple of statistical facts you might like to consider:

Yeah, something tells me that most of us are a tad more sceptical of these particular stats for some reason.

What, so having a flag on my car makes me a racist now? Drinking alcohol is going to turn me into a violent brute? What bullshit! I’ve drunk alcohol for decades and never hurt anyone! And so what if I stuck a flag on my car for Australia Day? I strongly support racial equality! I don’t hate any particular ethnicity, I don’t play into stupid stereotypes about them, in fact I respect them as fellow people and eagerly embrace the new and interesting things they bring to Australia! I don’t know who the hell you were surveying to come up with those statistics, but they sure as hell don’t speak for ME!

And that right there is the critical point.

The thing about statistics is that they’re all about trends – they have nothing to do with individual people whatsoever. Sure it might be a fact that the vast majority of terrorist attacks are committed by Muslims (or at least people who say they’re Muslims), but what the hell does that have to do with Muhammed who lives in Dandenong and works at Kmart after school? Are we suggesting that this statistical truth means that he specifically is 66% more likely to commit a terrorist attack than his white friends? Obviously not, because that wouldn’t just be racist, it would be bloody stupid as well.

The same is true for any of these statistical facts:

Women may well be physically weaker than men on average, but that by definition means there are some women who are stronger than the average male. As such, refusing to consider women for a job that requires strength isn’t just sexist, it’s bloody stupid.

Pacific Islanders may be more likely to be arrested for violent crimes than other Australians, but turning down John from Tonga as a rental tenant (because he’s more likely to get violent and wreck up the place) isn’t just racist, it’s bloody stupid as well. Worse, it creates a feedback cycle; why bother being a law abiding citizen when no one treats you like one anyway? If John is going to be treated like a violent criminal then he might as well get his money’s worth, right?

I could claim the lack of skin here is a symbolic statement on race or something, but honestly, I just really wanted to use this gif.

People who fly the Australian flag are more likely to be racist, but assuming someone is racist because they have a flag up is basically suggesting that the flag causes them to become racist. This is bloody stupid.

Have a look at any stereotype and this is essentially what it boils down to: confusing statistical facts with every single person of a demographic. This also works the other way around; assuming the behaviour of an individual with the entirety of a demographic they belong to. A classic example of this is something like “I got cheated by a white man, so all/most white people can’t be trusted”. This essential core is what racism, sexism and pretty much all bigotry is based upon and recognising that leads us to the most important observation we can make about these things:

Racism, Sexism, Bigotry and stereotypes in general are NOT unethical because they’re unpleasant, mean, politically incorrect, or unfashionable. These things are all unethical for the simple fact that they’re incorrect. Factually false. Logically invalid. Bloody stupid. They derive conclusions for facts which do not support those conclusions.

This in turn leads us to the main reason why racism/sexism/bigotry are harmful. Contrary to what the internet would like you to believe, the problem with these things is NOT that they are offensive, hurt people’s feelings, or are otherwise unpleasant. The problem is that, by drawing false conclusions from misinterpreted (but factually accurate) statistics, bigotry is proposing a course of action we should take that (since the conclusions were false) will inevitably lead to a serious mess.

Examples of this are disturbingly easy to find. Remember that fact I listed above, that family violence is 80 times more common in Australian Aboriginal communities than anywhere else in the country? If you react to the statistic alone, then the conclusions you will draw are pretty obvious: the Aboriginal people are out of control and can’t govern themselves. Swift intervention is clearly required to restore law and order.

Sounds sensible, right? And that’s exactly what the Australian government did when these facts first came to light. In the face of allegations of rampant child sexual abuse and neglect in Northern Territory Aboriginal communities, the government deployed 600 members of the military to impose bans on alcohol and pornography, revoked customary law and cultural practice considerations, suspended Indigenous land owners control over their land, and transferred those receiving welfare onto a food stamp system rather than normal cash payments. This unprecedented government intervention on one very specific ethnic group required the government to suspend the Racial Discrimination Act, but many considered this a worthwhile price to pay to restore law and order in this situation.

So where’s the problem with this? Well, imagine if the government had tried that on white people. As I noted previously, alcohol-fuelled violence is a massive problem amongst white Australians, directly contributing to hundreds of thousands of injuries, crimes and deaths each year. Surely harm of this magnitude justifies an intervention! We constantly crack down on other narcotics for the safety of the community, but alcohol makes a person twice as likely to commit a crime as any of those, so why are we so soft on booze?

This is something you actually get congratulated for in our culture, by the way.

The reasons we don’t crack down on booze are complex, but that’s the god damn point! We recognize that alcohol abuse is a complex problem with many causes, requiring a careful, complex response to solve! Note the difference between this attitude and the no-holds-barred, extremely NOT complex solution to the problems in Aboriginal communities. Child abuse you say? Quick! Ban the booze! Ban the porn! No need to research the causes of these problems, or work with people who actually live in these communities to develop intelligent solutions! More research into the issue to actually check the child abuse is as serious as we were initially told? Nonsense! Someone over there mentioned child abuse, what more do we need to know? Let’s get the troops together and show those degenerate Abos what’s what!

Funny how we haven’t taken that approach with other organisations accused of serial child abuse, isn’t it?

There are always reasons, even for the most bizarre and terrible behavior. Unless we can understand these reasons, any action we take is inevitably going make a mess. Pacific Islander men are commit more violent crimes? Why is that exactly? Are cultural, economic, political or genetic factors responsible, and to what degree?

Most terrorist attacks are committed by Muslims? Why? Is the religion more militant? Does it have something to do with our bombing the shit out of their countries, perhaps?

Flag waving Aussies are more likely to be racist? What’s the relationship there exactly? Is the relationship causal or just a correlation? Is it something we actually have to worry about, or is it just an odd coincidence?

If ethics are to be a science, then they must always have a respect for the facts. However in doing so we must always make sure that those facts are used accurately, developing conclusions and plans based on the whole truth, not just the bits that we agree with and just happen to confirm our world view. The one thing that you can be certain of in life is that things are generally more complicated than they first appear – the next times someone drops a statistical fact on you and looks smug, you may want to bear that in mind.

13 thoughts on “The Ethics Of… Uncomfortable Facts”