A few weeks ago I wrote that vegans are probably the single most hated group of people on the internet, and I stand by that statement. But if you had to choose a number two, then fat people is undoubtedly it. You only have to spend 5 seconds googling the topic to come across vast oceans of mockery and abuse targeted at them, not to mention several online communities dedicated to their disgust at the obese.

The reasons for this hatred vary; some view them as overconsuming gluttons, some believe they normalise unhealthy/dangerous lifestyles, some object to the health and physical needs of the obese affecting healthy people, and some just find them gross. Here’s a video summarising all four of those complaints with a massive amount of mockery thrown in:

No matter how you felt coming out of that video, you have to admit that this sort of sustained and widespread hatred of fat people is surprising in this day and age. I mean what ever happened to political correctness and all that jazz? In a society apparently so concerned about upsetting people, you’d expect us to crack down on this sort of thing pretty fast, so why haven’t we?

Well basically because, despite the shitty way they tend to be communicated, all four of those criticisms of fat people is completely true.

For starters, being overweight or obese is unhealthy and it only gets worse the fatter you are. A lot of noise has been made about being ‘healthy at any size’ and some groups, under the banner of Fat Acceptance, have tried to argue that ‘fatness’ is just a social construct like gender roles or other stereotypes. But the problem with something like gender roles is that they are factually untrue – there is absolutely no reason women can’t embrace ‘masculine’ professions and vice versa. But being overweight or obese? Those aren’t idiotic regressive ideals, they’re medical definitions with strong evidence linking them to a huge host of other medical problems.

Of course it’s absolutely true that there are exceptions to these rules – overweight people who are very fit and enjoy long and active lives. This glorious bastard ran a marathon. How many marathons have you run matey?

But even for these exceptional people, their health could have been even better if they were in a healthy weight range. And as for the millions of fat people out there who aren’t running marathons? Your body is suffering for your weight.

Given this terrible physical toll, anything that makes it easier or more acceptable for people to become fat is obviously a bad thing. And given that people tend to adjust their behaviour based on what is considered ‘normal’ in their community, the more fat people we have around, the more fat people we are likely to get, with ruinous impacts on the quality of life for everyone involved.

But even those who don’t get fat don’t escape the harm of obesity. As our prick of a YouTuber so inelegantly said up there, if you have the misfortune to share a cramped space with a fat person (such as a plane flight or a train carriage) then you’re going to have a bad time.

On a larger scale, the health impacts of obesity aren’t limited to just the fat people themselves – both the obesity and the secondary health problems it causes drain resources from the medical system, which either leave less for those with unpreventable illnesses or else need to be funded from taxes. Not exactly fair.

And finally you have probably the simplest yet most serious criticism of obesity; it’s completely optional. This isn’t cancer or organ failure or any other disease or illness that strikes without warning and without any clear reason. This was you eating too much, exercising too little and keeping up that pattern until your body started going to war with itself. And all you need to do in order to fix the problem, and all the secondary health and social problems that followed, is to eat less, exercise more and keep that up regularly. It’s that damn simple.

Given the impacts of obesity and how simple the solution to the problem is, the conclusion is pretty simple: being overweight is unethical. The costs vastly outweigh the benefits (pun totally intended) and the alternatives are clearly superior and easy to achieve.

Given these realities it’s hard not to agree with those who hate fat people, right? I mean their decision to be fat is clearly self-destructive and harmful to others, and yet they keep on doing it. Obviously they need to be forced into improving themselves! And if mockery, shaming and hatred are what it takes to achieve that, then so be it!

But if the situation was that simple then I wouldn’t be writing about it, would I?

Here’s a question for you: if your car was on fire, what would you do about it? I mean we’re all in agreement that your car being on fire is a bad thing that needs to be fixed I assume, but what are you actually going to do about it? Are you perhaps going to throw water on the fire? Or will you instead chuck some petrol around because it’s also a liquid and should therefore do basically the same thing?

Oh what’s that? You wouldn’t throw a highly flammable liquid on your burning car? Why ever not? Because it won’t help and will actually make the situation worse you say? But surely as long as it was intended to stop the fire then surely the results don’t matter!

If we agree that obesity is a problem and that it needs to be changed, then the next question should NOT be ‘what do I feel like doing now?’, but rather be ‘what is the most effective method of achieving that goal?’. And guess what ladies and gentlemen, turns out shame, mockery and hatred are not only ineffective at combating obesity, but actually make the problem significantly worse.

This no doubt seems like bullshit to many – surely if we need to change a behaviour then applying overwhelming negative social pressure is a brilliant way of doing that? Carrot and the stick; mockery and hatred for being fat and celebration and acceptance for getting thin. Basic psychology.

And that approach might have merit is obesity was a rational, informed choice that fat people were making; unfortunately it isn’t and research into the subject demonstrates that by far the greatest driving factor of over-eating is low self-esteem. And trying to solve a behaviour rooted in low self-esteem through mockery is about as effective as trying to put out a car fire by throwing petrol on it. From an ethical perspective this is a clear case of ‘principle versus practical’ – sure being obese may be clearly wrong in principle, but if we ignore the practical factors that that obesity then that principle is functionally useless. 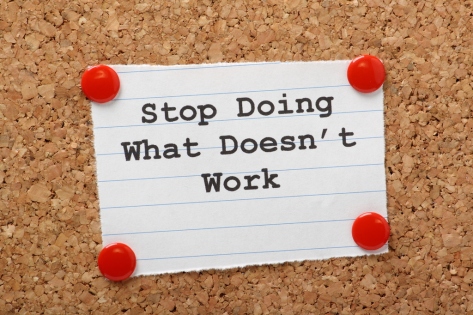 The really distressing thing about this entire subject is that these facts are all very well established in medical circles, and has been for quite a long time; the best treatment for solving obesity is building the self-worth necessary for motivation, which is in turn necessary for a person to undertake the extremely difficult exercise and dieting necessary to lose weight.

So given anyone concerned about obesity could have found all that out in approximately five minutes of googling, what the hell is the deal with everyone still throwing around hate, shame and mockery? Either they’re doing it from a position of wilful ignorance, more likely, they never actually wanted to fix the problem at all.

Maybe the reason fat people cop so much hatred has nothing to do with those legitimate criticisms we discussed earlier, but is rather a result of arseholes looking for an easy target for their bile. Because if any of the thousands of hecklers and bullies hounding fat people were actually concerned about fixing the problem, about eliminating obesity and ending the thing they claim to hate, then they’d know from basic research that this can only be achieved through support, body positivity (not the same thing as fat acceptance) and good mental health. In other words, they’d stop being hecklers and bullies.

With the all cards down on the table, the situation becomes quite clear: obesity is indeed a problem that we should be doing something about. The best solution to this problem is helping fat people improve their self-worth. Hatred, mockery and abuse directly undermine those efforts, make the problem worse and are therefore unethical. Anyone using these tactics is in fact to blame for obesity continuing to exist and the many harms it creates – at best they are the equivalent of self-righteous Social Justice Warriors. At worst they are narcissistic bigots looking for a weak group they can abuse to make themselves feel big.

I’m going to wrap this up with a response video to that vile drivel I linked to earlier. YouTuber ‘boogie2988’ summarises this entire argument very eloquently from the perspective of a fat person:

One thought on “The Ethics Of… Fatties”